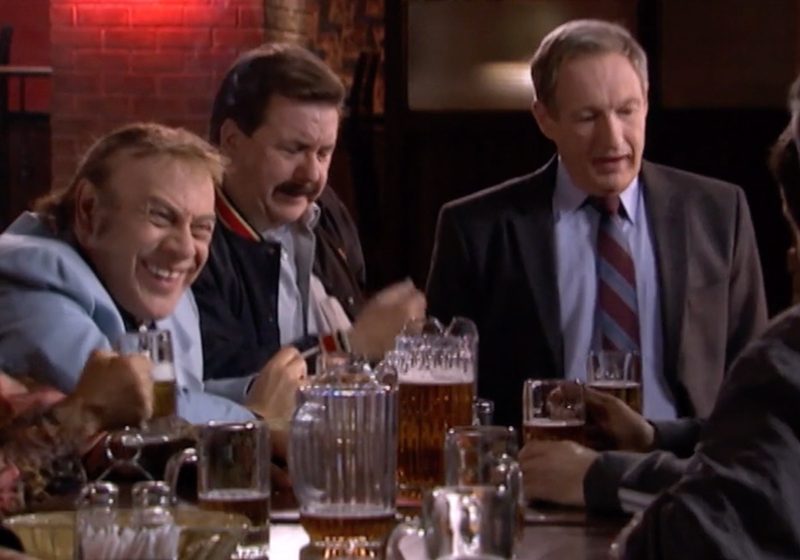 A COMEDY ABOUT FRIENDSHIP, LIFE, LOVE AND SPORTS !

This comedy centers on the friendship of a group of people from different walks of life: surgeons to police officers, they face life’s challenges together, on and off the sports field!

For eleven guys, Monday is their favorite day of the week: these part time gladiators pull on, with pride and some difficulty, a jersey emblazoned with their team crest THE BOYS. These old timers continue to play “the world’s greatest game” and meet at Stan’s Bar, to down a pitcher of brew or two. They hang out, argue, bitch, complain, throw fists and eventually hug and make up.

The Boys is a prime-time comedy series and was one of the biggest French-Canadian TV franchises in Canada. During its run, it had a 38% market share on Radio-Canada TV. With 73 TV episodes and 5 movies under its belt, The Boys will start a stage run in the summer of 2021.