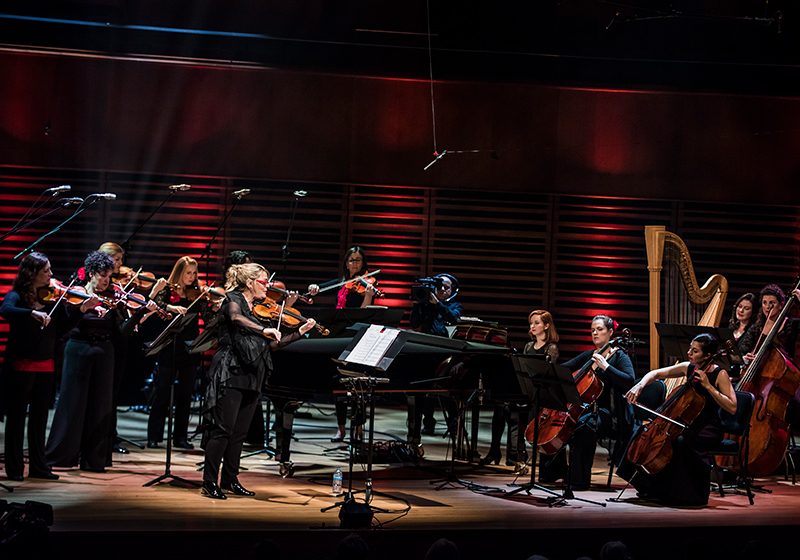 One of the most prominent violin virtuosos of her generation, Angèle Dubeau, has been leading an exceptional career for almost 40 years in the great concert halls of the world. Her album sales have surpassed 600,000 albums and the violinist’s discography has now been streamed more than 36 million times across more than 100 countries.
Angèle Dubeau & La Pietà, an all-female string ensemble, have performed all over the world for over 15 years. This concert was filmed at the Palais Montcalm – Quebec City, the Internationally renowned concert hall, with an optimal and natural acoustic quality.
The selection of contemporary pieces here is serene and heartfelt, such as: “Camille Saint-saëns : Danse macabre” and “Joe Hisaishi : Princess Mononoke”